Save $$$ on your cellular bill

ATCQ just released their first album in 18 years, and thankfully it didn't disappoint

'We got it from Here... Thank You 4 Your service' is A Tribe Called Quest’s first album of original material since 1998’s 'The Love Movement' .

So when the album was announced out of nowhere earlier in the autumn, the Hip Hop world was understandably electrified. Plus, with the passing of founding member Phife Dawg in March, the project took on a particular poignancy. However , is the Tribe’s sixth and final album simply a tribute to their lost member? Or can it stand alone in their impressive discography?

‘Think the ones who got it, Would even think to throw you a bone?’

The album starts with 'The Space Program'. A bouncy, funky opener that’s classic Tribe but also introduces one of the more surprising themes of the album: Anger.

On the track Q- Tip, the eponymous mouthpiece of the group, talks about his anger at the lack of compassion and empathy present in US society. This anger is echoed in 'We The People…' and 'Movin Backwards' and in certain ways finds itself present throughout the album.

Whilst anger is nothing new to Hip Hop it is refreshing to see Tribe’s take on it. Especially as vexed outpourings are not synonymous to the jazzy Queens, NY group. What’s especially interesting is how Q-Tip, Phife and Jarobi manifest solutions to this anger, as well as express it.

'Po puts braces on my wrist like he was clapping his hands,How demeaning, y'all? Who could be blind to racism? Bring bro bro to me for the brotherly baptism. Instead of slaps, give him the dose of Ab wisdom'

In the mix of anger and confusion at the current state of US affairs and race relations, Q-Tip (and the group by extension) suggest the way to end it, or alleviate this pain, is through mutual understanding and wisdom.

It’s a very considered and measured viewpoint given the ferocity of American society today, and it’s one that only Tribe could express to its fullest.

‘And don’t be taking slack from these non-rapping n*ggas, man. That intellectual shit you spit, you better change your plan’

Throughout the album the group’s sense of anger morphs and rearranges into a more general overview of the state of this generation. They tackle drug addiction ('Melatonin'), ‘mumble rap’ ('Black Spasmodic') and reflect on being black in US society ('The Killing Season').

This overarching commentary is extremely relevant given Tribe’s position and longevity in the rap game. The album is a view of the world from the eyes of veterans who have been through it all, taking some time to reflect, comment on and present their position.

However from this vantage point it would have to been too easy for the group to proclaim ‘We are the best generation. Our generation was hip hop. None of these problems are new’ etc etc.

Tribe don’t do this. The band instead, point out the confusing times this generation is growing up in and place no blame on the kids going through it.

This is mostly keenly felt on 'Conrad Tokyo', where Phife Dawg and Kendrick Lamar skilfully joust over a smooth, 80’s synth vibe beat. The combination of the old and new school work perfectly, re – emphasising the idea of Tribe as ‘state of the nation’ commentators , rather than lecturing veterans on a soapbox. 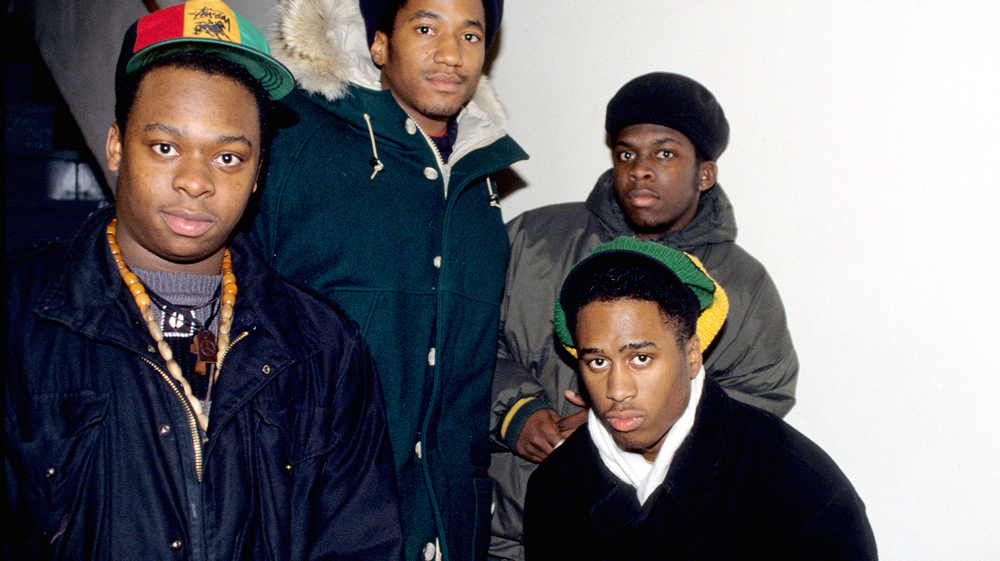 'This is the last Tribe and our ego hopes that you felt us. And closing for our ego, we know only God can help us'

The idea of a Tribe album releasing after Phife Dawg’s passing was a shock and it would have felt empty without a tribute to the late legend from the surviving band members. Thankfully they haven’t shied away from this.

'Lost Somebody' is the most heartfelt tribute to Q-Tip and Jarobi’s friend on the album. Over a skippy, jazz infused piano line the rappers bounce on a classic boom bap beat and the love for their fallen comrade is palpable. The two’s lyrics are full of fond memories, admiration and respect for Phife and the chorus provides a cathartic, if not heart-breaking, acceptance of his death. The end of the track features a jarring guitar solo from Jack White. However, thankfully, this is the only part of the album which felt out of place.

Despite the group’s tributes to Phife Diggy, the discussion of legacy doesn’t only rely on this. Rather it uses the tragedy to launch into a further reflection of Tribe’s legacy and what they mean to Hip Hop today.

On 'Mobius', 'Solid Wall of Sound' and 'Enough', Tribe explore their impact on hip hop both lyrically and tonally. Their working of the 'Bonita Applebum' sample on 'Enough' is a nice little example of this. Whilst looking at their legacy there is also a sense of passing on the torch. On 'Dis Generation' Q says:

'Talk to Joey, Earl, Kendrick, and Cole, gatekeepers of flow. They are extensions of instinctual soul'

Given the untimely passing of Phife, the public could’ve been forgiven for expecting a tribute project to one of the band’s founders. Whilst there are beautiful odes to Phife to be found, this is not the sole point of the album. Tribe are one of the most influential groups in Hip Hop and 'We got it from Here... Thank You 4 Your service' takes time to reflect on this.

'We got it from Here... Thank You 4 Your service' is about anger and confusion, the state of the nation and this generation, as well as a look back and celebration of the Tribe’s legacy.

It would have been very easy for Tribe to release a 'Phife tribute album’ or a middling boom bap throwback album but they absolutely haven’t. This album can stand with the others in their discography proudly, whilst still respecting and celebrating Phife Dawg’s life.